Chicken Pox: Here’s A List Of What To Eat And Avoid If You Are Suffering From This Seasonal Disease 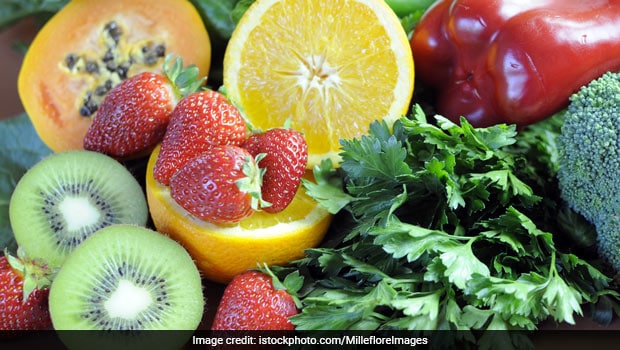 One should eat fruits and vegetables rich in vitamin C

Spring stands for promise, birth and renewal. This season brings with it the promise that everything can begin again with new ray of hope. But the phase of transition from winter season to spring brings with it several diseases and the most common one is Chicken Pox. As per World Health Organisation (WHO), varicella (commonly referred to as ‘chicken pox’) is an acute and highly contagious disease, caused by primary infection with the varicella-zoster virus (VZV). This disease results in skin rashes in forms of itchy blister, spread all over the body. The symptoms of the disease, which is often more severe in adults than in children, begin 10 to 21 days after exposure to the virus. According to WHO, the disease is typically mild, but severe complications may arise, including bacterial infections, like cellulitis, pneumonia and neurological complications, like encephalitis.

Speaking about the same, consultant nutritionist Rupali Dutta said, “There is no such reason as to why chicken pox happens during winter and spring, but there is a world-wide trend that shows the disease to occur during this transition phase.” WHO shares that this disease can be prevented by immunization and multiple vaccine formulations, but there is always a possibility of eruption even after vaccination. Dutta further says that there is no such treatment for chicken pox, rather the doctors treat a patients symptomatically, “there is a whole medication and anti-viral treatment that given but that may not be required for everybody”. Hence, traditionally people use several home remedies and healthy diet to treat a patient affected by chicken pox.