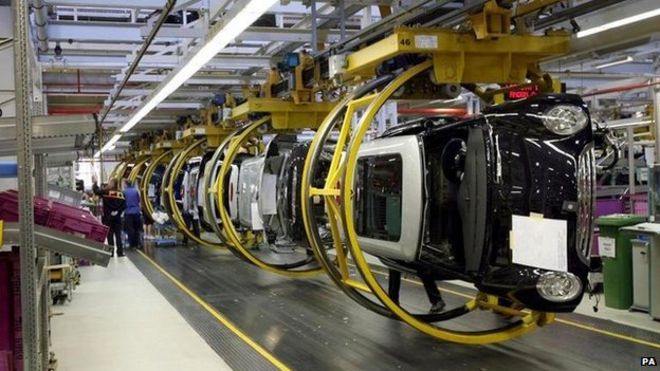 Some 2.63 million new vehicles were registered in 2015, up about 6% on 2014 and the fourth consecutive year of growth, the Society of Motor Manufacturers and Traders (SMMT) said.

Registrations in December are thought to have been the best December figures on record.

It is thought that some 180,000 new cars were registered last month,

The previous record for sales in Britain was set in 2003 when 2.58 million new cars were sold.

Car registrations in the UK, Europe’s second-biggest auto market after Germany, fell sharply after the 2007-8 financial crisis but have gradually recovered, returning in 2014 to pre-crisis levels at 2.48 million.

Consumers have benefited from low interest rates and the strengthening of sterling against the euro which has made it cheaper to import cars from countries such as Germany and France.

The expected new record high for registrations comes despite declines in sales for Volkswagen, which accounts for around 20% of British car sales. Sales of some of its brands fell sharply in October and November following the diesel emissions scandal.

Despite this VW saw full-year sales rise 4% across all its brands last year.

A big factor fuelling sales is the availability and cost of finance on forecourts. The SMMT says that 80% of cars are bought with some form of finance and around 60% are purchased using PCP’s.

These Personal Contract Purchase plans mean customers can buy a new car for an affordable monthly payment in the same way that you might purchase a new mobile phone.

As PCP’s work on a 3 yr buying cycle, that keeps demand for new cars strong.

Before the downturn car sales averaged around 2.3m a year. The industry doesn’t know what the new norm for sales will be. But the Chairman of Ford of Britain has told the BBC that overall car sales could hit 2.8m this year.

However, sales of its Skoda brand ended the year down 1% and Seat finished 11% lower after a nearly 50% drop in sales in December.

The best selling car, for the seventh year running, was the Ford Fiesta.

More than 85% of Ford’s showroom sales are on finance plans known as PCPs – where customers in effect lease a car – and which are widely credited with having boosted vehicle sales across the industry in recent years.